New gadgets, old habits. Here comes social networking. It takes law for social networking. Blockchain and NFT come. It takes law for blockchain and Nft. The Metaverse comes. It takes (criminal) law for the Metaverse. The repetition compulsion for years forces commentators and experts to call for new regulations to be applied to technological products instead of noting that the existing ones are mainly sufficient by Andrea Monti – initially published in Italian on Strategikon – an Italian Tech Blog

END_OF_DOCUMENT_TOKEN_TO_BE_REPLACED

Facebook’s “smart glasses” stir up the same controversy that hit Google’s “smart glasses”. But privacy is not the real problem of such objects by Andrea Monti – Initially published in Italian by PC Professionale n. 368 END_OF_DOCUMENT_TOKEN_TO_BE_REPLACED

The new book on National Security, Technology of Information and Law is out! 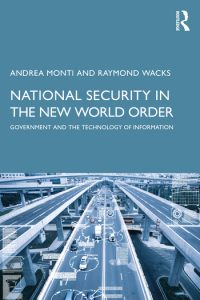 ARCAS (the acronym stands for AI-Powered, Computerized Solution for Assault Rifles) reduces the difficulty of a soldier involved in combat in analysing the scenario and making decisions on engaging opponents. It is a system built around the concept of an assault rifle that allows soldiers to identify threats in advance, optimise firing trajectories, lock onto targets and have visual information on the weapon’s operation and interaction with the environment. In addition, the system allows the operator to receive information from the control room and other team members equipped with the same instrument by Andrea Monti – Initially published in Italian by Strategikon – an Italian Tech Blog

END_OF_DOCUMENT_TOKEN_TO_BE_REPLACED

Decree-Law 44/2021 establishes the criminal non-punishability of vaccinators. Nevertheless, the rule is inapplicable and does not prevent legal action against health personnel. However, it solves a problem in the short term. The analysis of Andrea Monti – Adjunct Professor of public order and safety, University of Chieti-Pescara. Initially published in Italian by Formiche.net END_OF_DOCUMENT_TOKEN_TO_BE_REPLACED